A computer was defined as an integrated set of algorithms and data structures capable of storing and executing programs. We considered ways in which a given computer might actually be constructed:

1. Through a hardware realization, representing the data structures and algorithms directly with physical devices.

2. Through a firmware realization, representing the data structures and algorithms by microprogramming a suitable hardware computer.

4. Through some combination of these techniques, representing various parts of the computer directly in hardware, in microprograms, or by software simulation as appropriate. 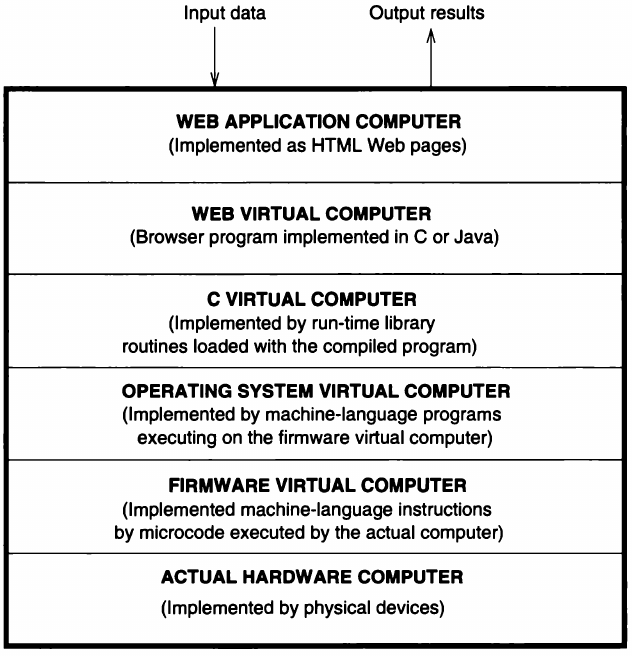